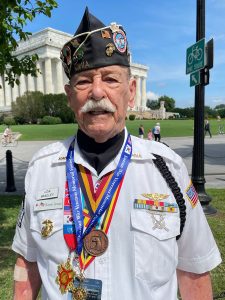 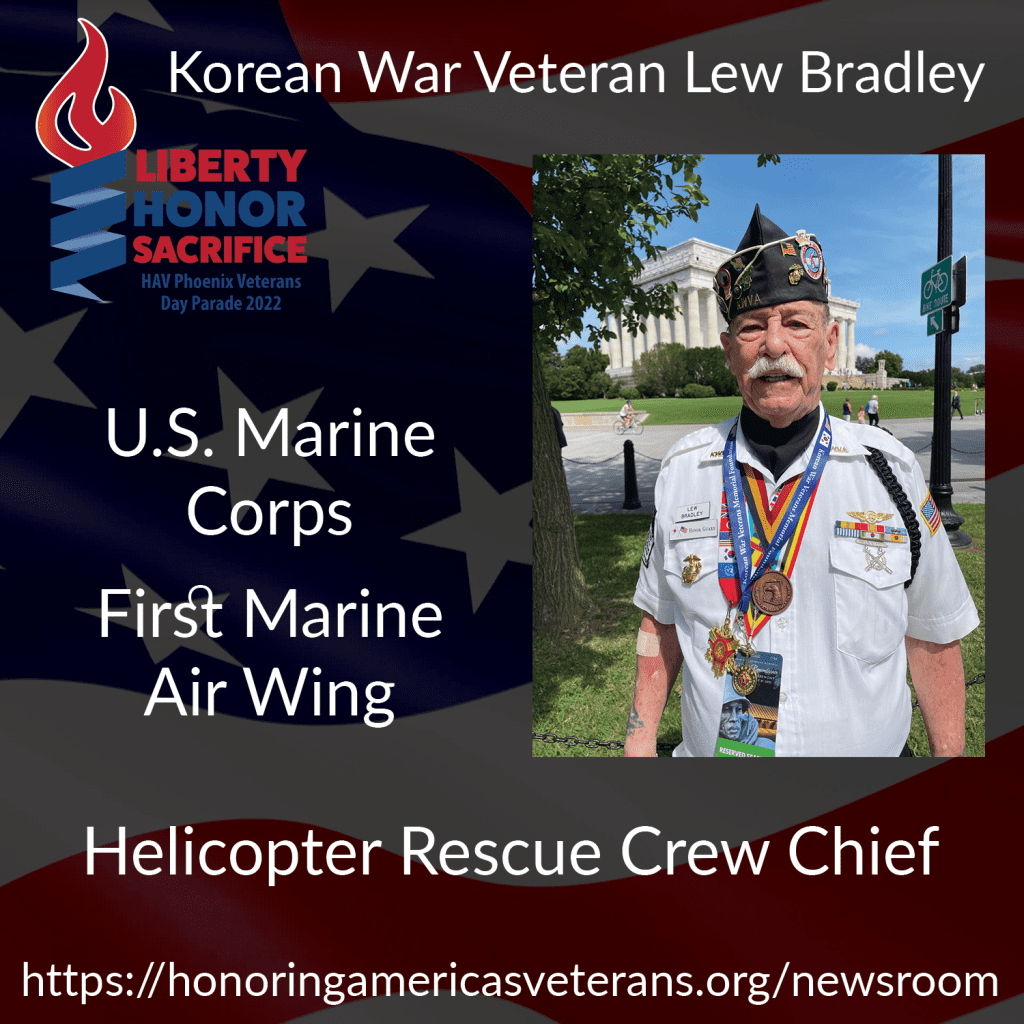 Lew Bradley’s service to the United States Marine Corps reads like a script from a Hollywood action film. As a rescue crew chief with the First Marine Air Wing, Bradley’s job was to jump or rappel from a helicopter and extract servicemen trapped behind enemy lines. He literally put his life on the line to save downed pilots in the Korean War, often running through a field of flying bullets or diving into freezing ocean waters.

Using only two ropes to hoist the fallen pilots, Bradley stayed on the ground or in the water until those pilots were safely on board the helicopter. Without the aid of modern technology, safety gear, or even flotation devices, Bradley was often only minutes away from hypothermia and death, yet still chose to extend his nine-month deployment in Korea well beyond the end of the war.

After his military career came to an end, Bradley became a field service engineer and
assisted at the Korean Airlines Pilot Training Center on Jeju Island in 1981.

Bradley recalls the sacrifices made by those who served in the Korean War. “The Korean people are the most appreciative and thankful people he has met,” he said, “and it has been great to see South Korea rise and flourish as a free and democratic nation. That success is in sharp contrast to North Korea, which is still oppressed by communist tyranny.”

Bradley is proud to have served in the Korean War and continues to do all he can to ensure the war and its veterans are never forgotten. He has served in several officer positions with the Arizona State Korean War Veterans Association, including chapter commander and sergeant at arms. He also serves in other veteran and
service organizations, including the Marine Corps League, Unified Arizona Veterans, and Kiwanis Club.

We honor Bradley’s service to the Marine Corps, to our country, and to the continued support of Korean War veterans, and are pleased to name him this year’s Korean War Veteran Grand Marshal for the 2022 Phoenix Veteran’s Day Parade, November 11th at 11 a.m.

In the coming weeks, you will read the stories of all seven veterans here in our continuing blog series. You will also see them serve as grand marshals in the Veterans Day Parade in Phoenix on November 11th at 11 a.m. For more details about the marshals and the parade, go to www.honoringamericasveterans.org.