We are a small but mighty team.

We work together throughout the year to present the largest attended Veterans Day Parade in Arizona. The parade gathers 3,000 participants and 45,000 spectators, who converge on two miles of city streets in central Phoenix on Veterans.

The Parade team coordinates several functions to create a safe and successful parade., including: 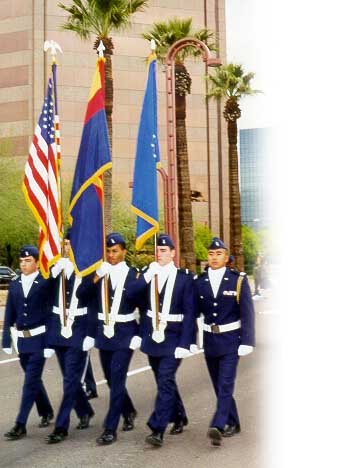 Several of our Parade Team volunteers continue to come back year after year to donate their time to host this moving tribute. You might work with them or see them in their jobs, and we hope that when you do, you can say “thank you” to them for helping us to honor and recognize our veterans.