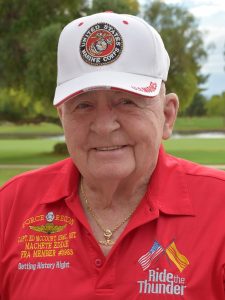 Turning 16 is a right-of-passage for most United States teenagers. For most, it means getting a driver’s license and gaining the freedom to explore and test limits as a near-adult. For Edward Francis McCourt, though, his quest for freedom took another form entirely. Anxious to defend his country and leave the rough streets of Chicago and a troubled family, McCourt altered his baptismal record and enlisted in the U.S. Marine Corps. By the time he turned 16, he had finished boot camp and was promoted to private first class. 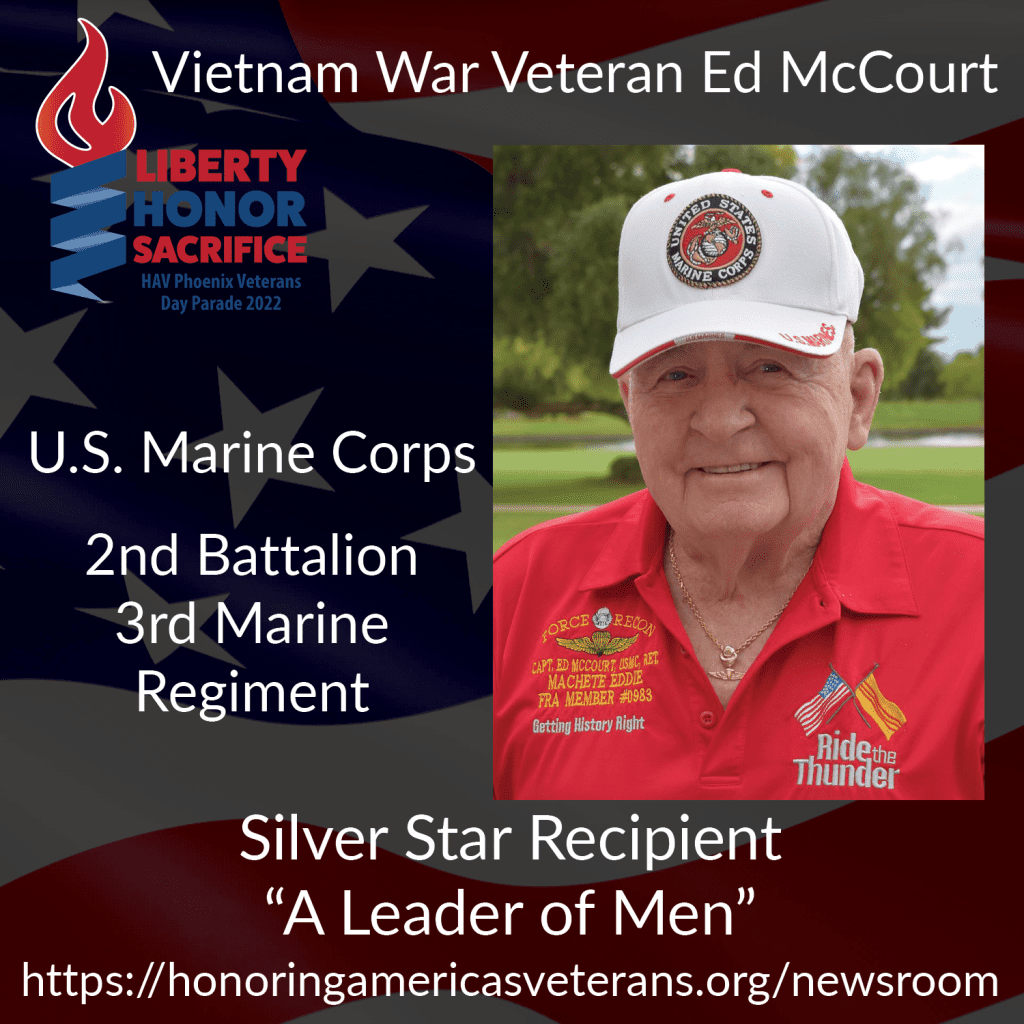 McCourt was inevitably found out and honorably discharged, being too young to serve. One year later, and this time with his mother’s support and his real age, McCourt returned to the Corps and retained his rank of PFC.

Despite the one-year hiatus, McCourt’s career in the Marine Corps was remarkable. He served in seven different duty stations over the next 11 years, serving first as infantryman and later as reconnaissance. By 1965, McCourt had earned the rank of staff sergeant and was transferred to the Second Battalion, Third Marine Regiment and went to DaNang, South Vietnam to counter the North Vietnamese Army and Vietcong.

“He was an incredible leader of men,” recalls Donna Daly. While he was in combat, McCourt guided his troops through jungles, swamps, and rice patties. “His troops…were inspired by his dedication to his duty and his ability to rally his troops, Daly adds. The U.S. Marine Corps agreed. McCourt was promoted to Gunnery Sergeant and only hours later was awarded a field commission to Second Lieutenant in a rare “Mustang” promotion. McCourt, nicknamed “Machete Eddie”, was later awarded the Silver Star and the Vietnam Republic Cross of Gallantry with Palm.

We echo former Marine infantry officer Rich Botkin, author of “Ride the Thunder”, who prominently featured McCourt’s service in his book, in thanking McCourt for his service to the Marine Corps, his dedication to his troops, and for his continued service to the United States as both a law enforcement officer and high-risk security officer, and are pleased to name him this year’s Vietnam War Veteran Grand Marshal for the 2022 Phoenix Veteran’s Day Parade, November 11th at 11 a.m.

In the coming weeks, you will read the stories of all seven veterans here in our continuing blog series. You will also see them serve as grand marshals in the Veterans Day Parade in Phoenix on November 11th at 11 a.m. For more details about the marshals and the parade, go to www.honoringamericasveterans.org.